Before you read this article, please check out the videos of Bob-E, the VR Remote Presence Robot.

Developing a quality product is hard even if a qreat team is working on it. Problems that are difficult to solve come up, especially if such a technologically advanced product is built as Bob-E. Our team was not exempt from such issues. At one point, during a very hot summer evening, after long hours of work, one of our developers, Tom, was so tired and got so frustrated about a technical problem, that he said he will use his "Jedi power" and disassamble Bob-E into small peaces and will take Bob-E's head home. Although he is one of the most brilliant developers we have ever met, he did not have any "Jedi power" (luckily), and could not do any harm to the Robot. 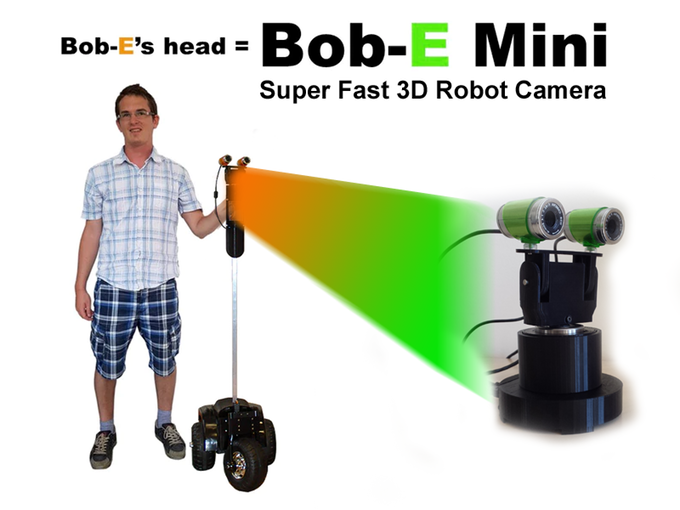 
A few days later another colleague, David suggested, that maybe it is not such a bad idea. Since one of the most amazing features of Bob-E is head tracking and 3D vision, it might make sense to use Bob-E's head in itself, and to create a smaller, more compact product that can be used as an intelligent robot camera.

We decided to call Bob-E's head "Bob-E Mini" and we offer it as another product. Bob-E Mini is a super fast 3D robot camera, it provides the same 3D vision and head tracking capabilities and the same performance you can get from Bob-E. However it is at a fraction of the cost. 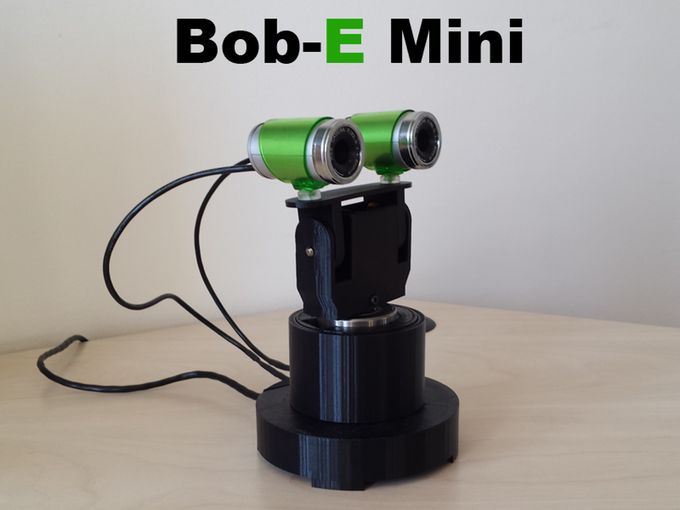 Bob-E Mini can turn it's head just us fast as a human. It provides an awesome 3D virtual reality experience. It is just as good, and in some scenarios it is better then the full size Bob-E Robot. Some areas where we think it is a better choice are: